I've had a copy of Hazard (1375) on my shelf for quite some time but have not made an opportunity to play it. It's description on Board Game Geek is simple and might give some clue as to why I haven't chosen to try and gather the right players for it just yet.


Themed on Chaucer's Canterbury Tales and an old dice game called Hasard, players gamble stakes on dice rolls, allowing to progress along the track. In doing so, they lay cards depicting the various pilgrims progressing to Canterbury. 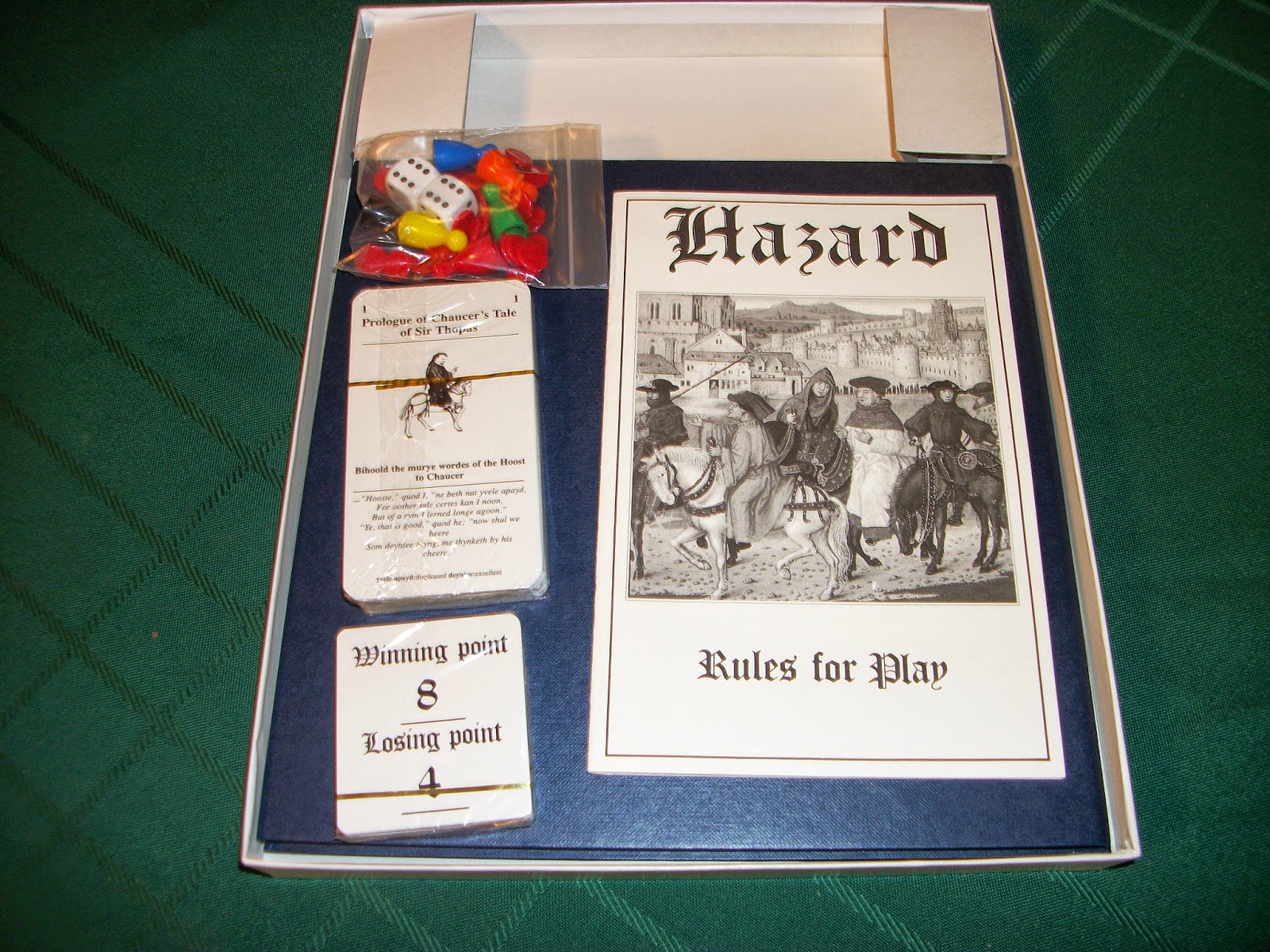 My interest in this game became renewed when I picked up an audio lecture series Life and Writings of Geoffrey Chaucer with Professor Seth Lerer Ph.D. of University of California, San Diego, during the holiday sale on The Great Courses website here.  Though I haven't opened the decks in the box (I often thought I'd keep it pristine in case I wanted to sell it), the game board has a certain charm to it. 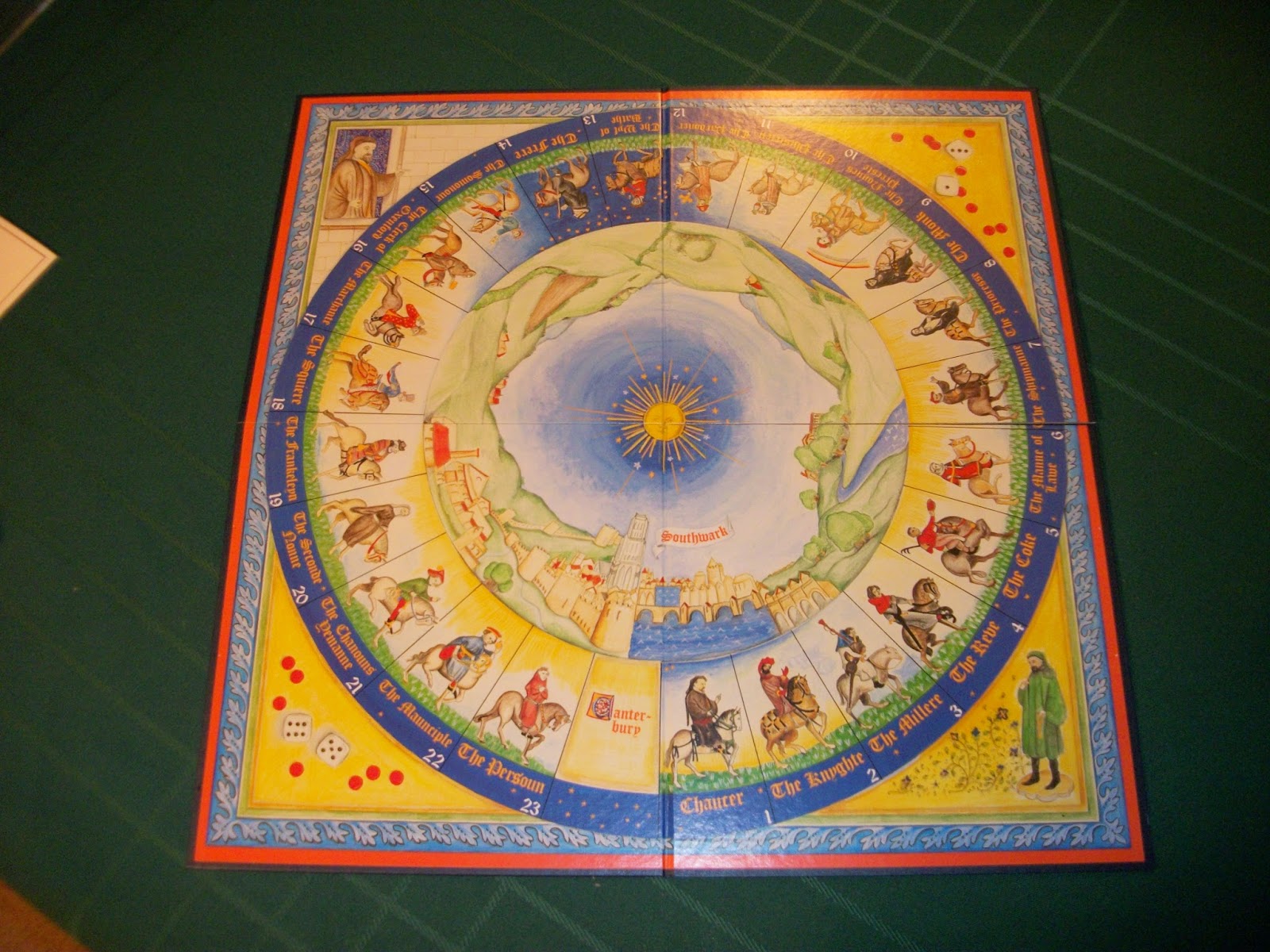 But it doesn't go for much on the BGG marketplace and it appears on many BGG thrift store lists, so I am guessing it is not in short supply.  Couple that with its abysmally low rating (3.71 as of the writing of this blog post), as well as its rather narrow theme, and you can imagine why I haven't pressed it onto any players thus far.  Nevertheless, I am determined to play it some time this year, even if only as a two player game.  If you would like to play some day and know you will be in the Lake Geneva, WI, area, please do drop me a line.  Otherwise, wish me luck on my pilgrimage!