I thought it might be fun to show off some of the pics I took of the set up for Surcoat I used at Gary Con IV, and also for the previous weekend at the EN World Chicago Gameday as well as with my weekly group a few days prior to that.  That's Ernie who hung out while I was setting it up and chatted with me about minis and gaming in general.  I got to try out his friend's upcoming boardgame, Seven Sisters, later in the weekend, so there will be more on that soon too.  Note the minis we used for Surcoat include many lines like DDM, Mage Knight, GW Warhammer, and even some old Dragon Strike figs.  Enjoy! 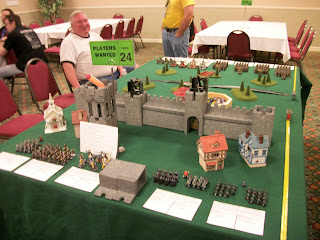 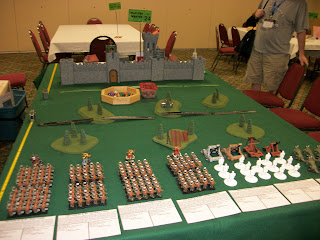 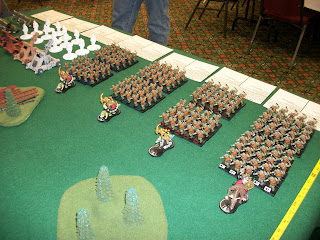 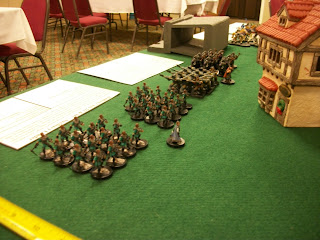 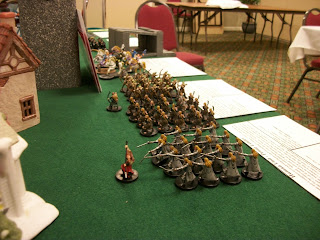 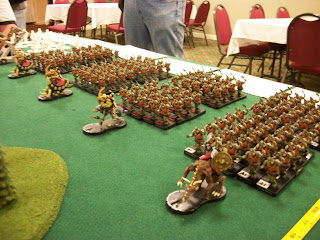 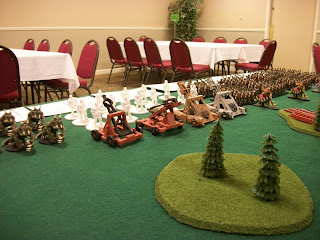