A recent posting on Wayne Rossi's wonderful Semper Initiativus Unum blog regarding "Chainmail and OD&D Morale" had me recalling the wonderful time I had at Gary Con, in no small part because of the Gamemastering efforts of Kevin Cabai.  Wayne was discussing some observations made on RPG.net by Mike Mornard and adding some ideas of his own regarding the use of morale from the Chainmail ruleset in the original Dungeon & Dragons game.  It's a good read, so check it out! 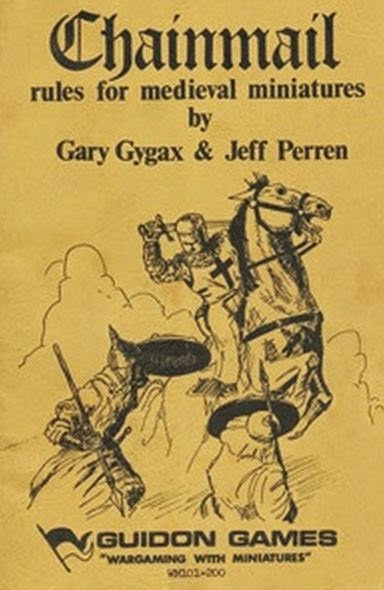 My own experience with Chainmail began in the early 1970s at various games clubs in Northern Illinois.  These were primarily wargaming clubs populated by older teens (often in ROTC) and fellas from the Great Lakes Naval Training Center and Fort Sheridan.  Mostly military personnel with a handful of civilians including scrappy kids like myself who loved moving chits around hexes or minis on a tabletop.  My first wargame was Tactic II but once I saw minis in use, and particularly Chainmail being played, I was hooked on the Medieval period and later it's fantastical offshoot(s).  I recently played a wonderful LotR scenario using rules based on the original Chainmail, streamlined for play in a four hour time slot with eight players by Kevin Cabai at Gary Con VII.  I had a blast.  I try to play some Chainmail every year since those old days, missing very few years and playing a handful of games in some years. 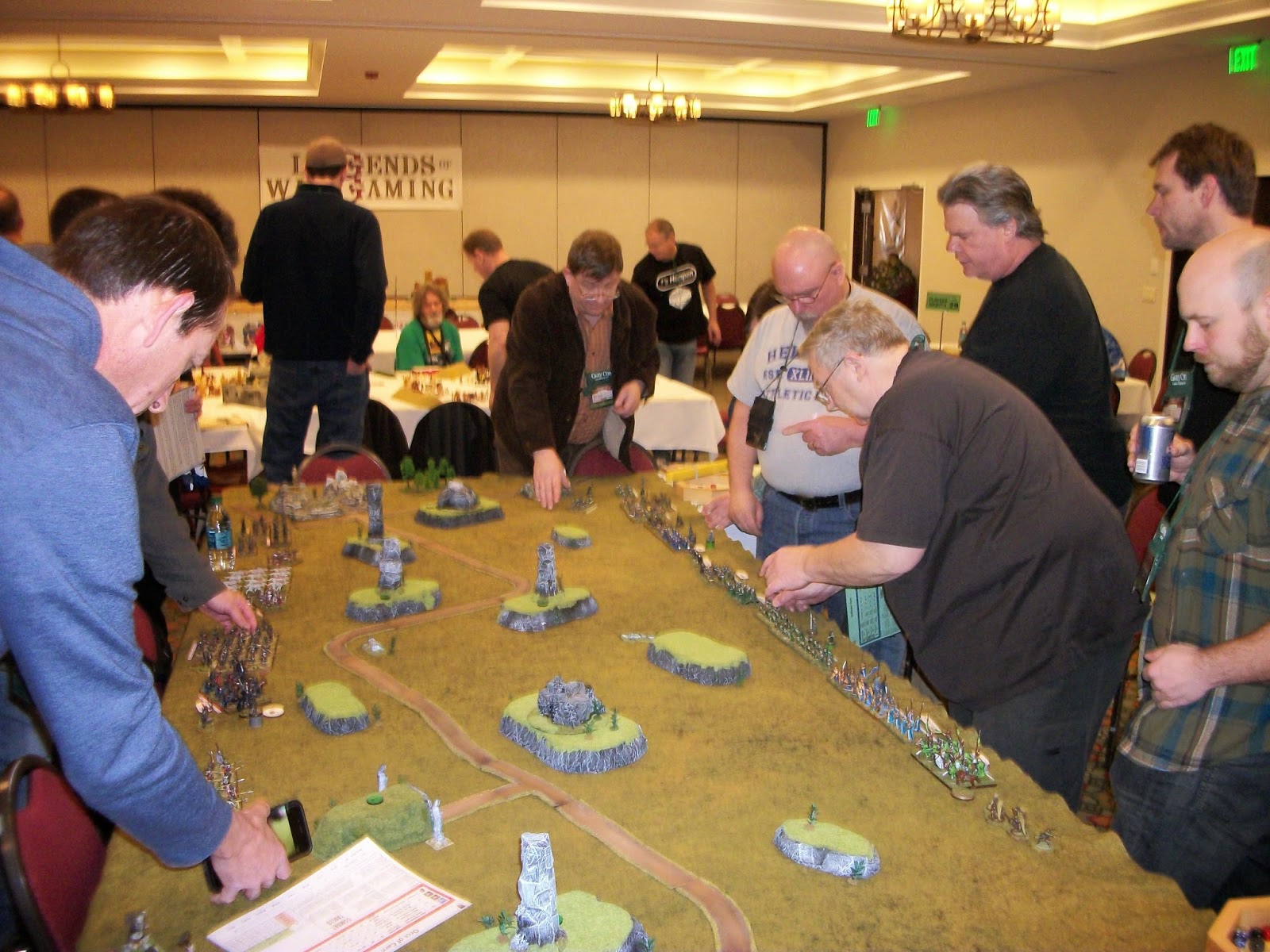 I love when a game is well-executed and streamlined allowing for faster play.  Now, I am not talking about adjusting the rules, which is fine enough if done well, but rather doing things with the physical space and objects being used for gaming.  For example, the counters Kevin had set up for the various conditions of the troops like Charge and Routing for handy and clear.  Dice trays has inset tables for easy reference.  When more dice that a few were needed, a crafting box had been set up with pairs of dice in each compartment and the compartments numbered so that the box could be shaken and results viewed through the lid.  Each commander had a book with all needed reference information and each sub-commander had a double-sided sheet with his troops defined, including some history.  It was an amazingly well run game as always from Kevin Cabai! 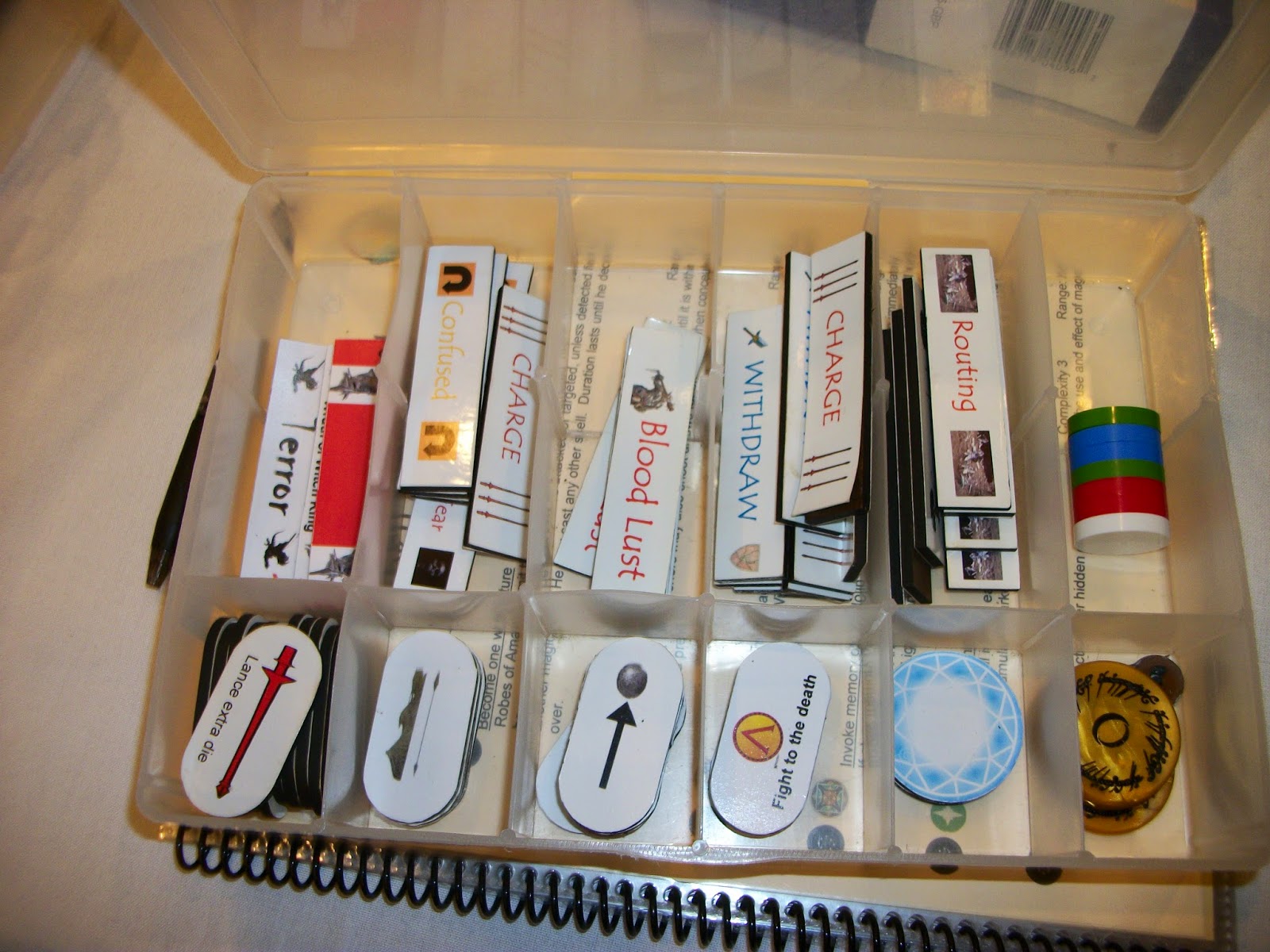 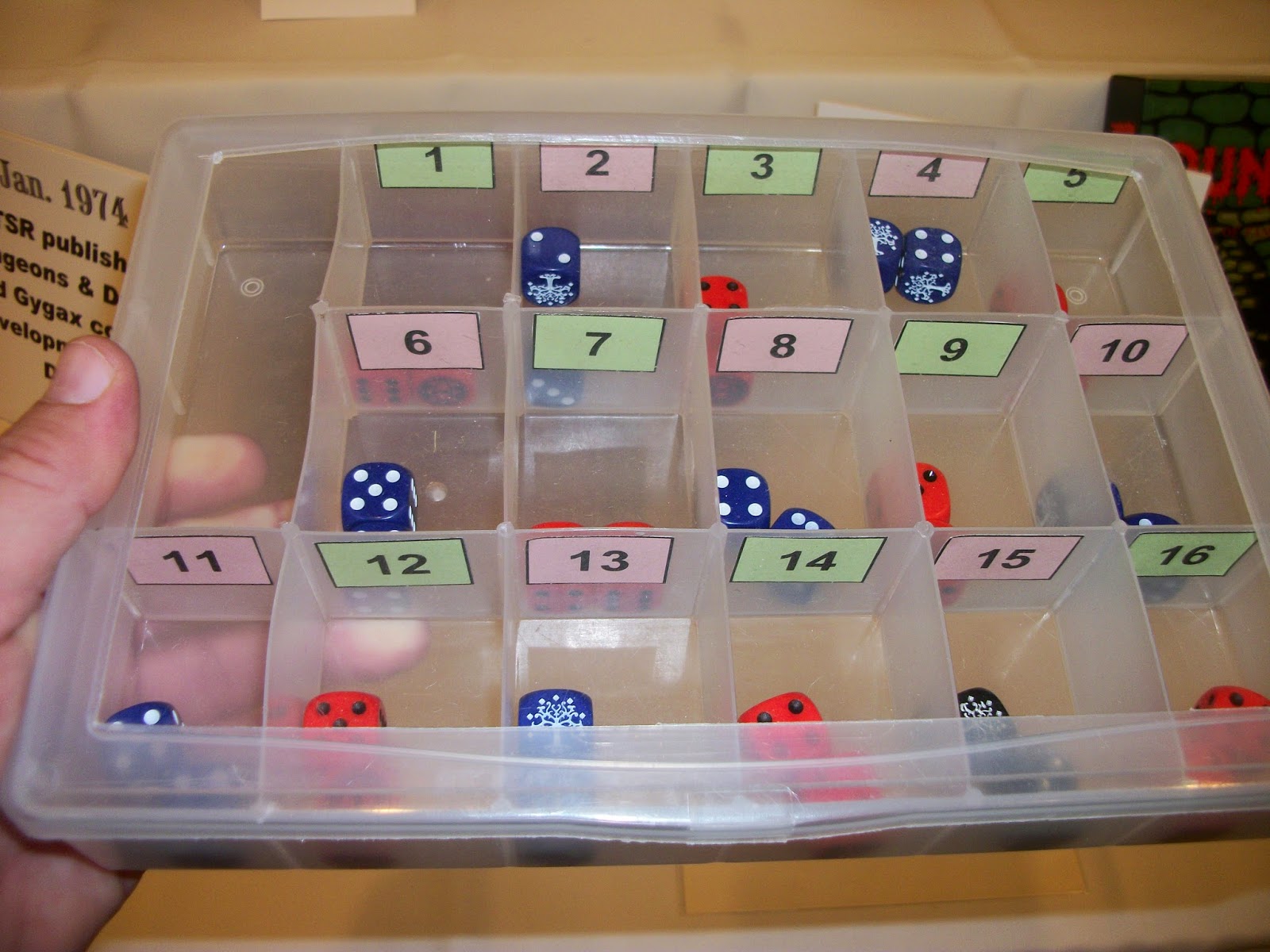 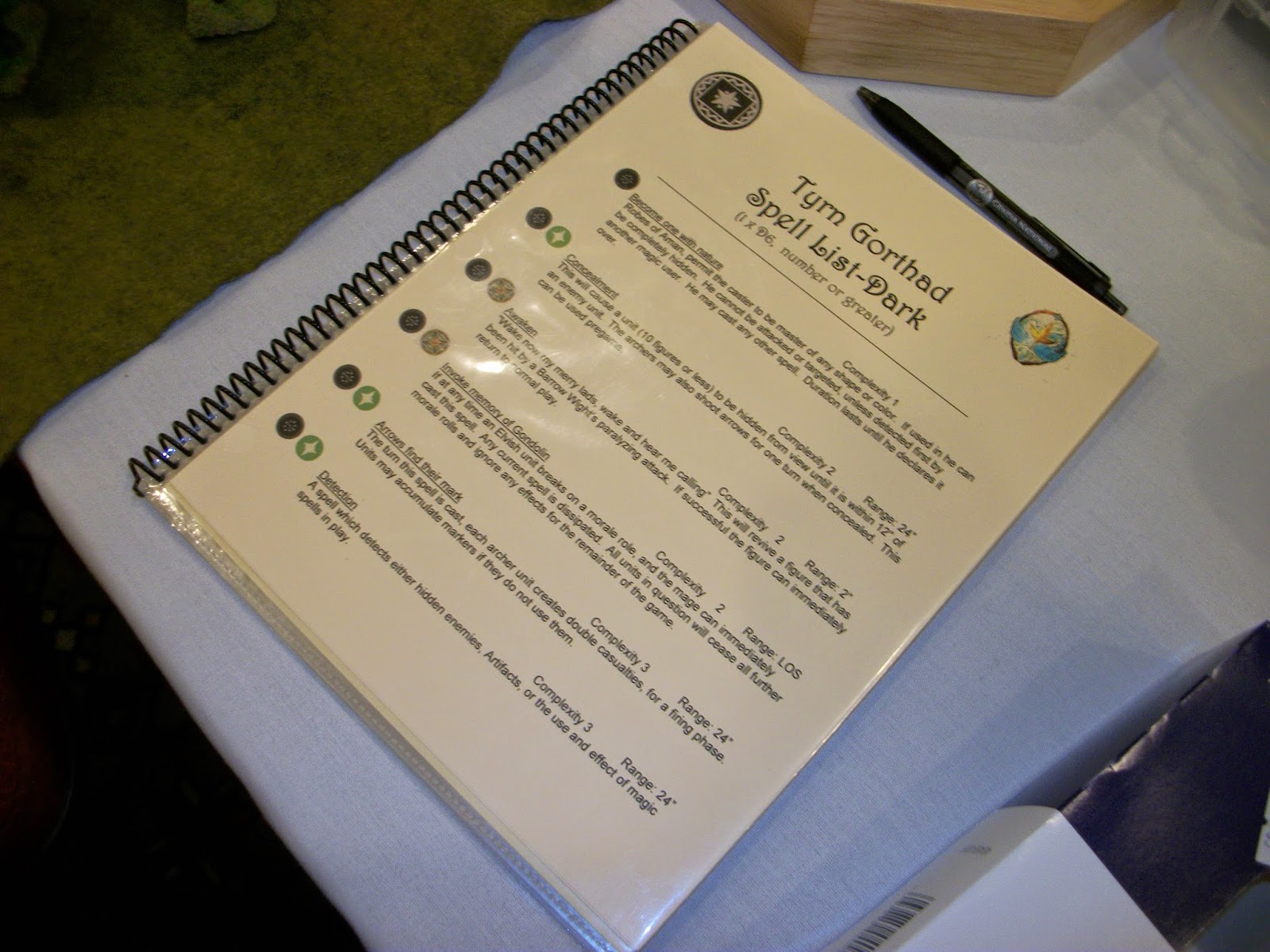 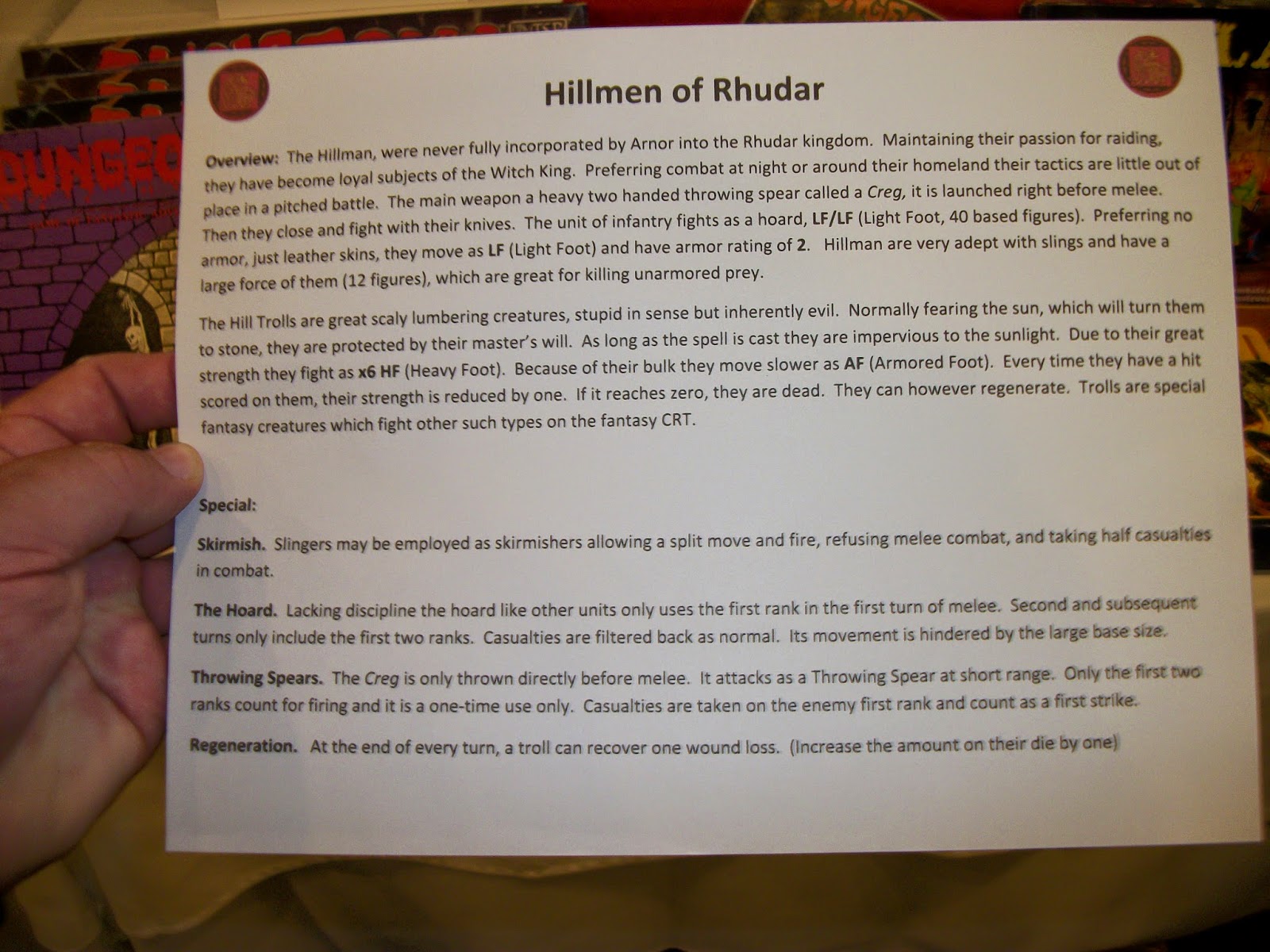 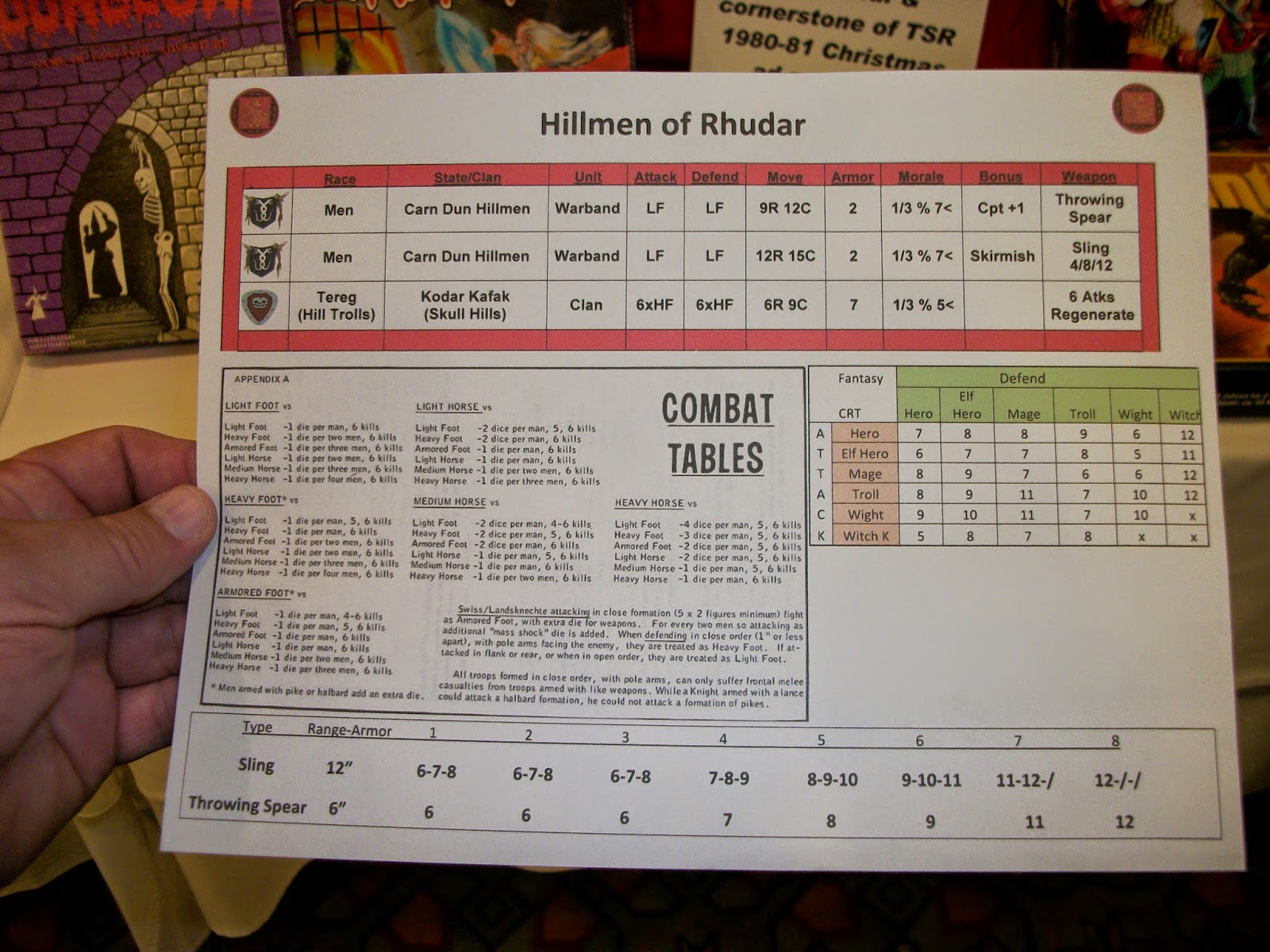