Earlier this month, I had the opportunity to play the Mage Knight Board Game (2011).  Despite being more than a few years old, it has maintained a rating on Board Game Geek above 8.0 which is no mean feat and I can understand why.  It has a complexity that is challenging but not daunting, a diversity of mechanics, and a lively randomness that never leaves a player feeling they are not in control of their own destiny.  That is not an easy combination to corral. 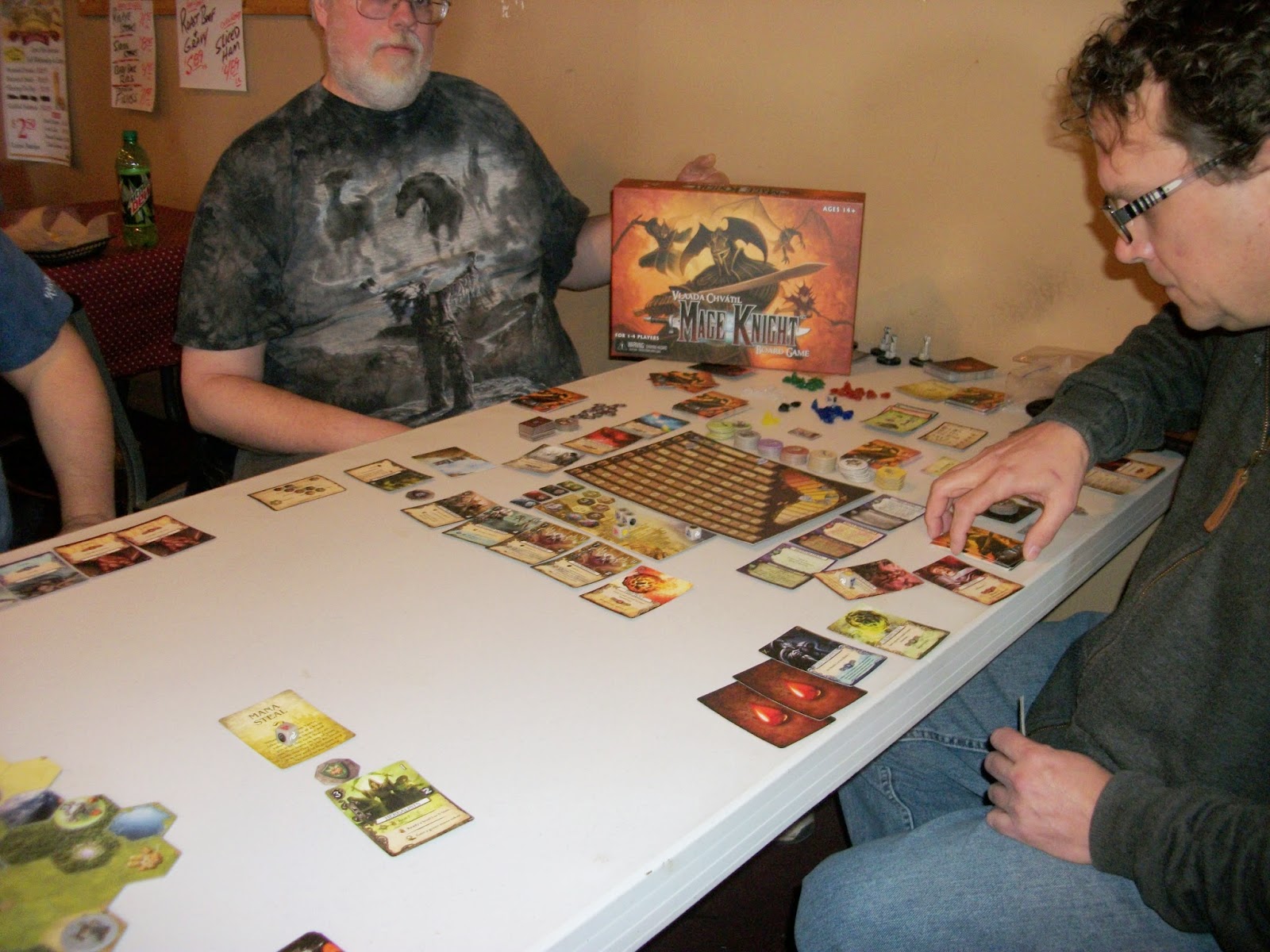 
The Mage Knight board game puts you in control of one of four powerful Mage Knights as you explore (and conquer) a corner of the Mage Knight universe under the control of the Atlantean Empire. Build your army, fill your deck with powerful spells and actions, explore caves and dungeons, and eventually conquer powerful cities controlled by this once-great faction! In competitive scenarios, opposing players may be powerful allies, but only one will be able to claim the land as their own. In cooperative scenarios, the players win or lose as a group. Solo rules are also included. 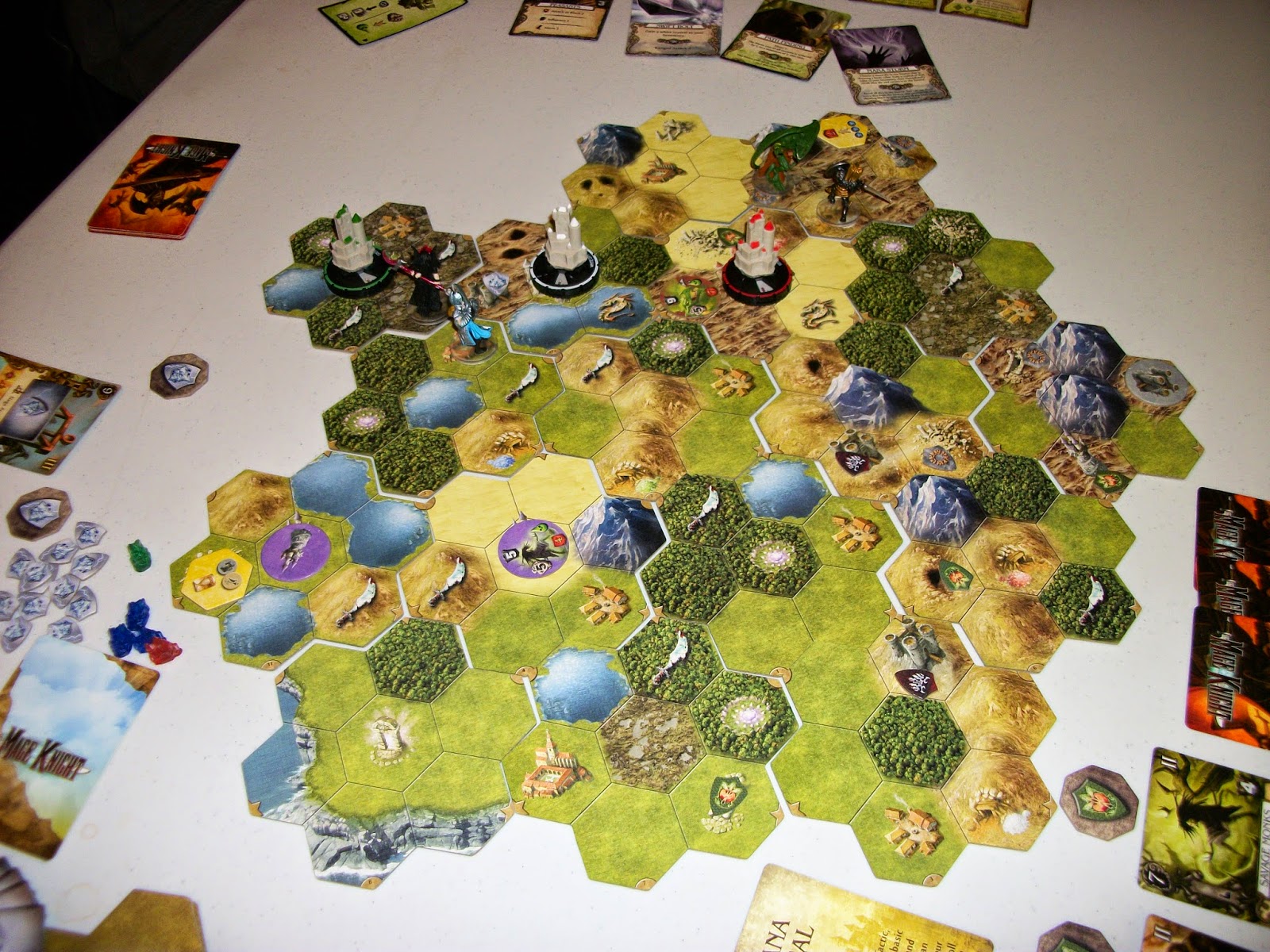 The board is well-designed though there was some confusion between a couple of the terrain types and when we switched between Day and Night phases of the game, players needed to remind themselves about the costs of movement in each type.  The figures, of course, are very much like other Mage Knight minis with their clicky bases. 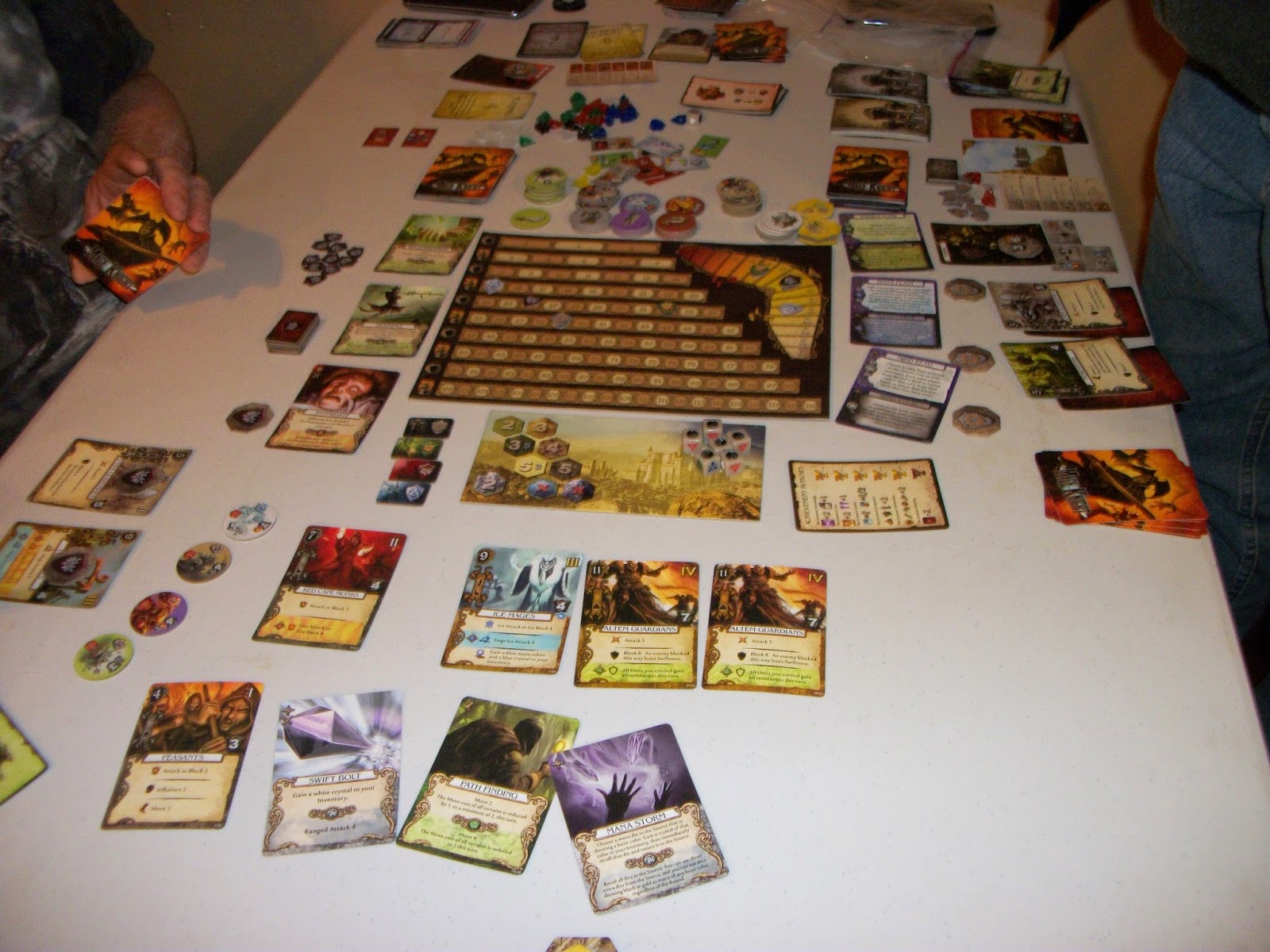 A lot takes place off the board.  Each player will need a section of table for their faction cards and whatever stuff they gather to use with them.  There are scoring tracks in the center and a marketplace for mercs as well as a section for spells to acquire and artifacts to gain.  The crystal components are simple enough but make sure to keep in mind that they serve two purposes during play.

I look forward to playing this many times in the future.