Friday Gaming In and Out of Town

I had a fun day of gaming to kick off the weekend on Friday, starting up in Lake Geneva then leading me back down into Illinois. I made a few stops in between, as one does, at Half Price Books and Games Plus, but it started off as it often does, with some gaming at Culver's . . .

Brad, Tom, and Mark were in attendance. 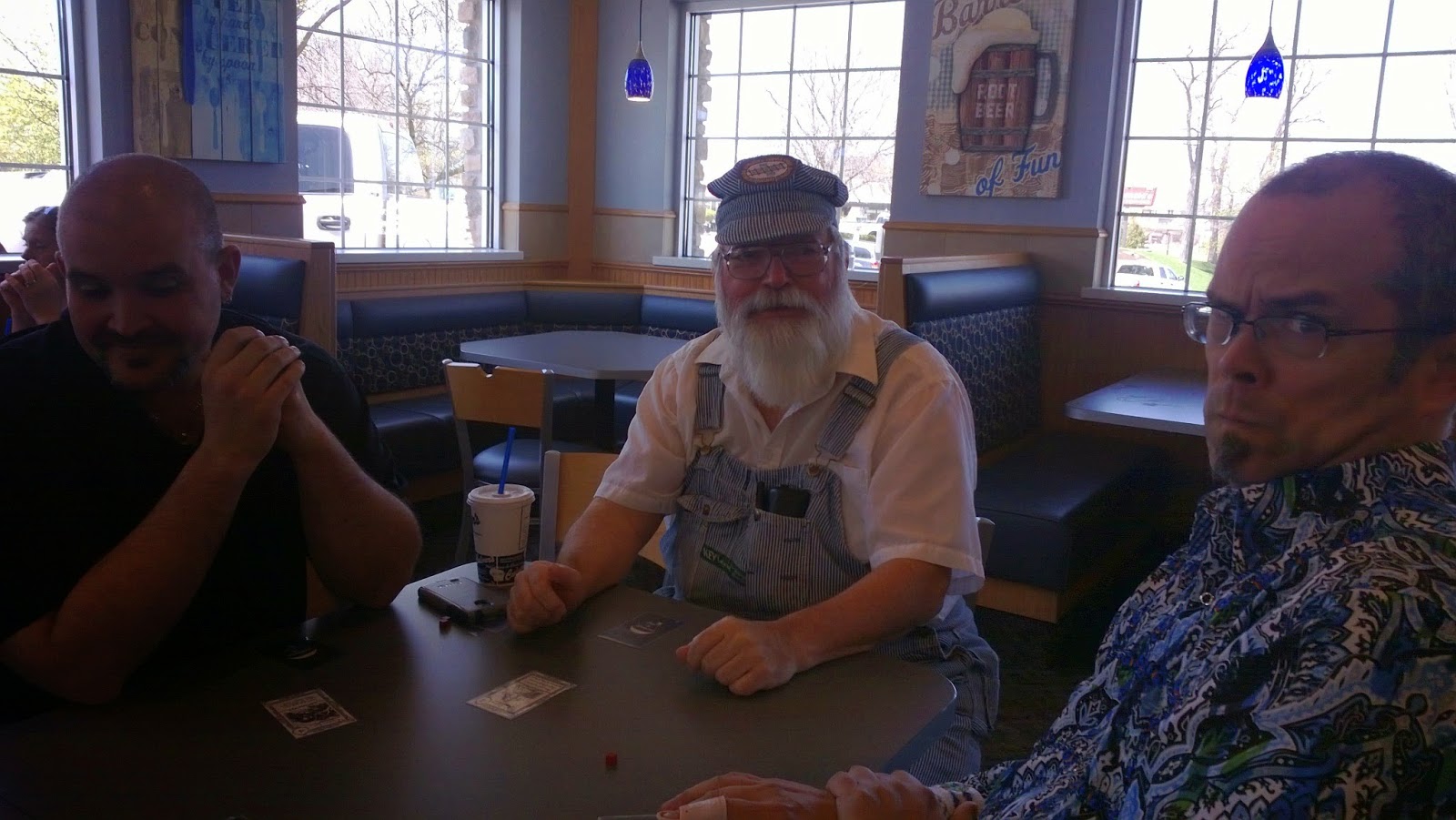 We played a bit of the Love Letter variant, since it handles six players, with Wendy, Brian, and myself. 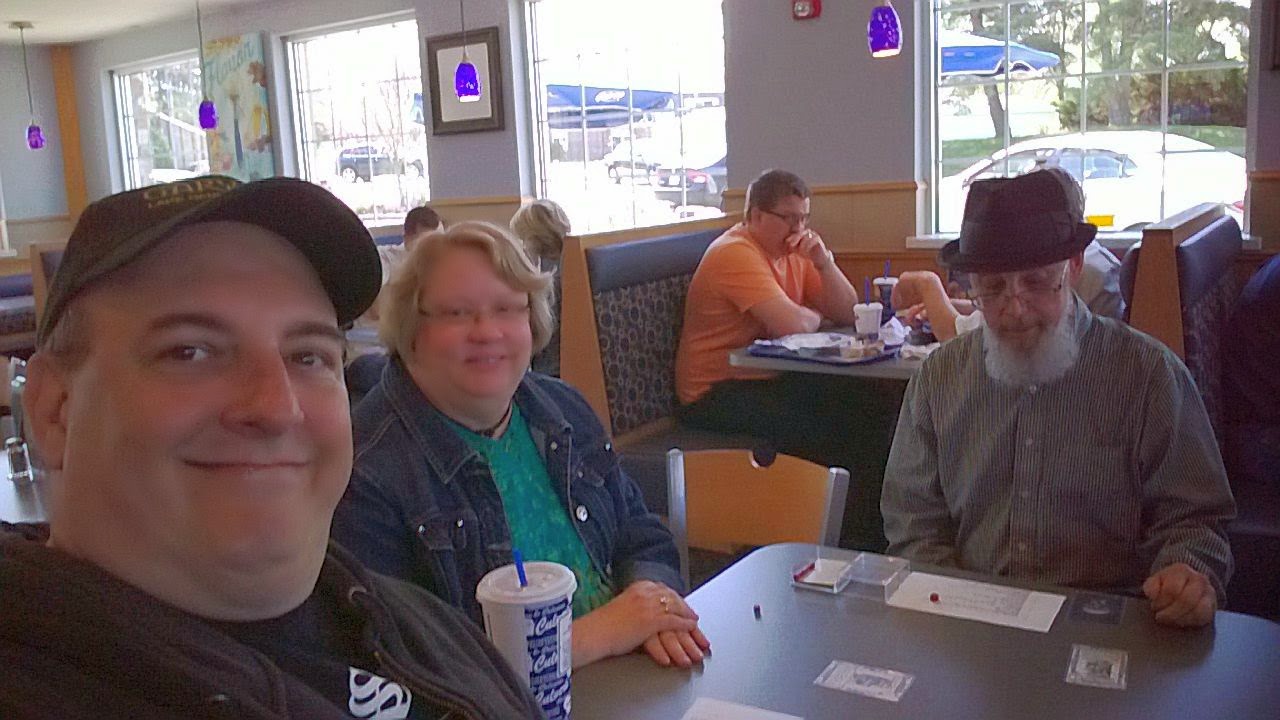 Once the lunchtimers cleared out, Wendy, Tom, and I settled in for a game of Airships. 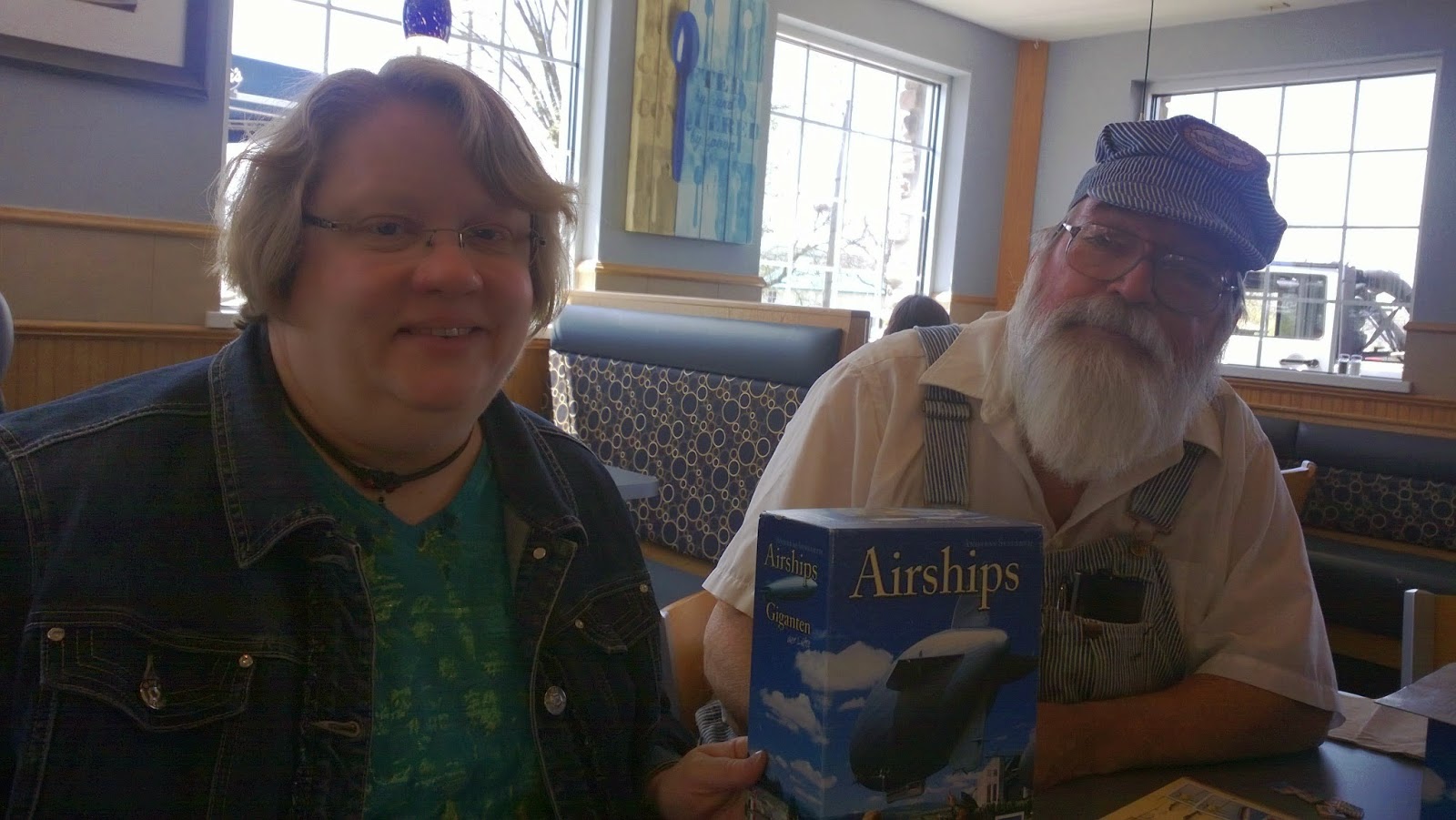 It's a fun game that plays fast with a lot of options and strategies. 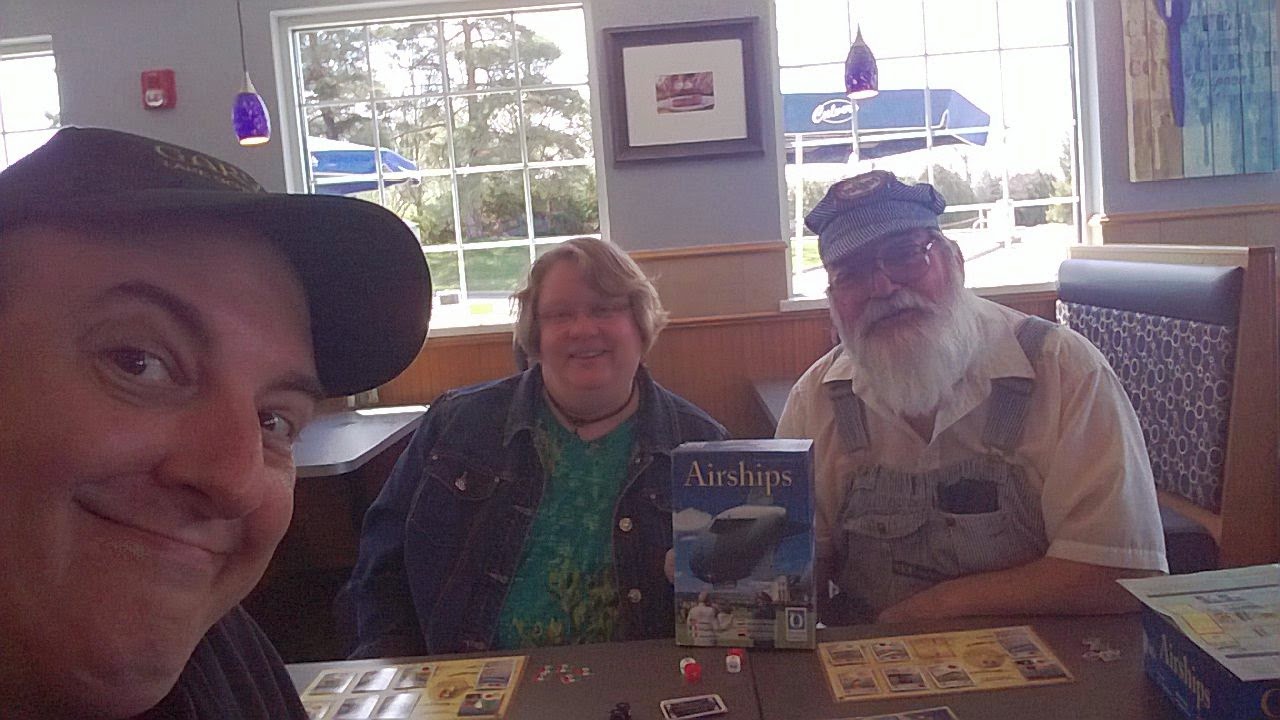 Though we sometimes play well into the afternoon, we all had some errands and I needed to head south into Illinois to catch up with some other gamer-friends for Avalon Hill's Wizard Quest. 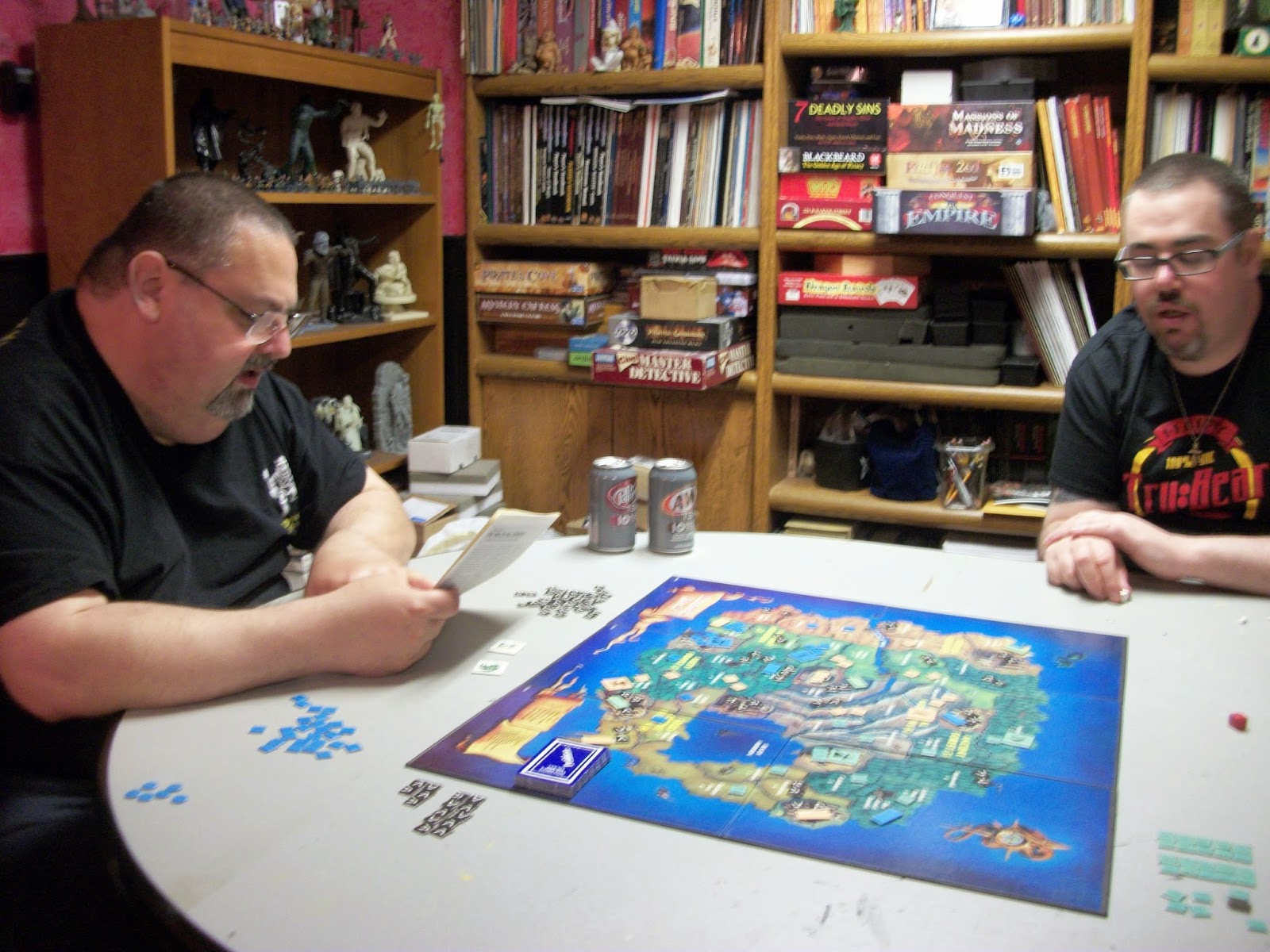 Floyd, Keith, and I get together for all sorts of games throughout the year.  They often join us up north for A Gathering of Gamers events or the Burlington Gamedays, but I try to get back into IL from time to time to roll dice in their excellent game room. 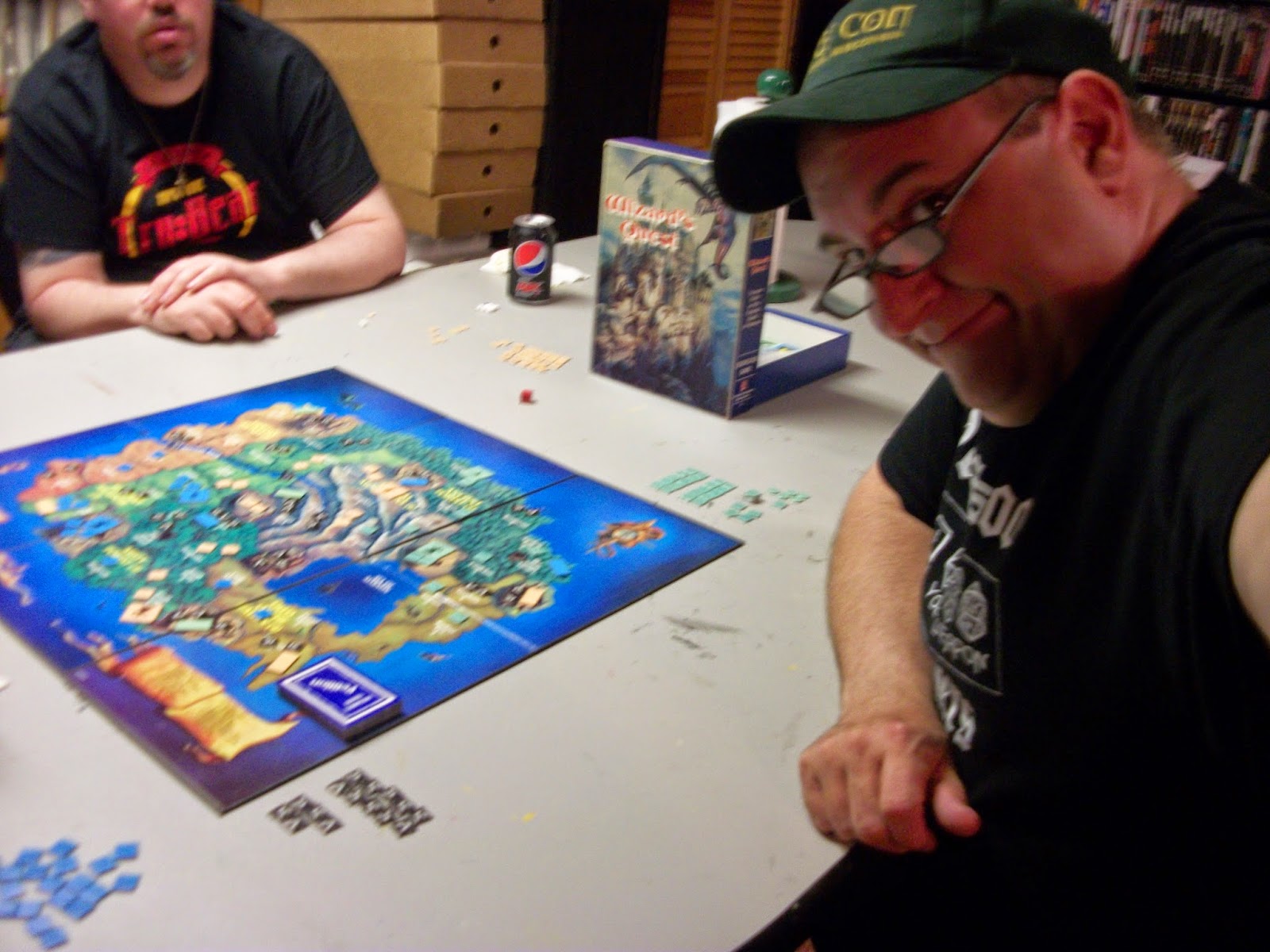 This time we went Old School with the fantasy wargame that doesn't get enough play or credit. 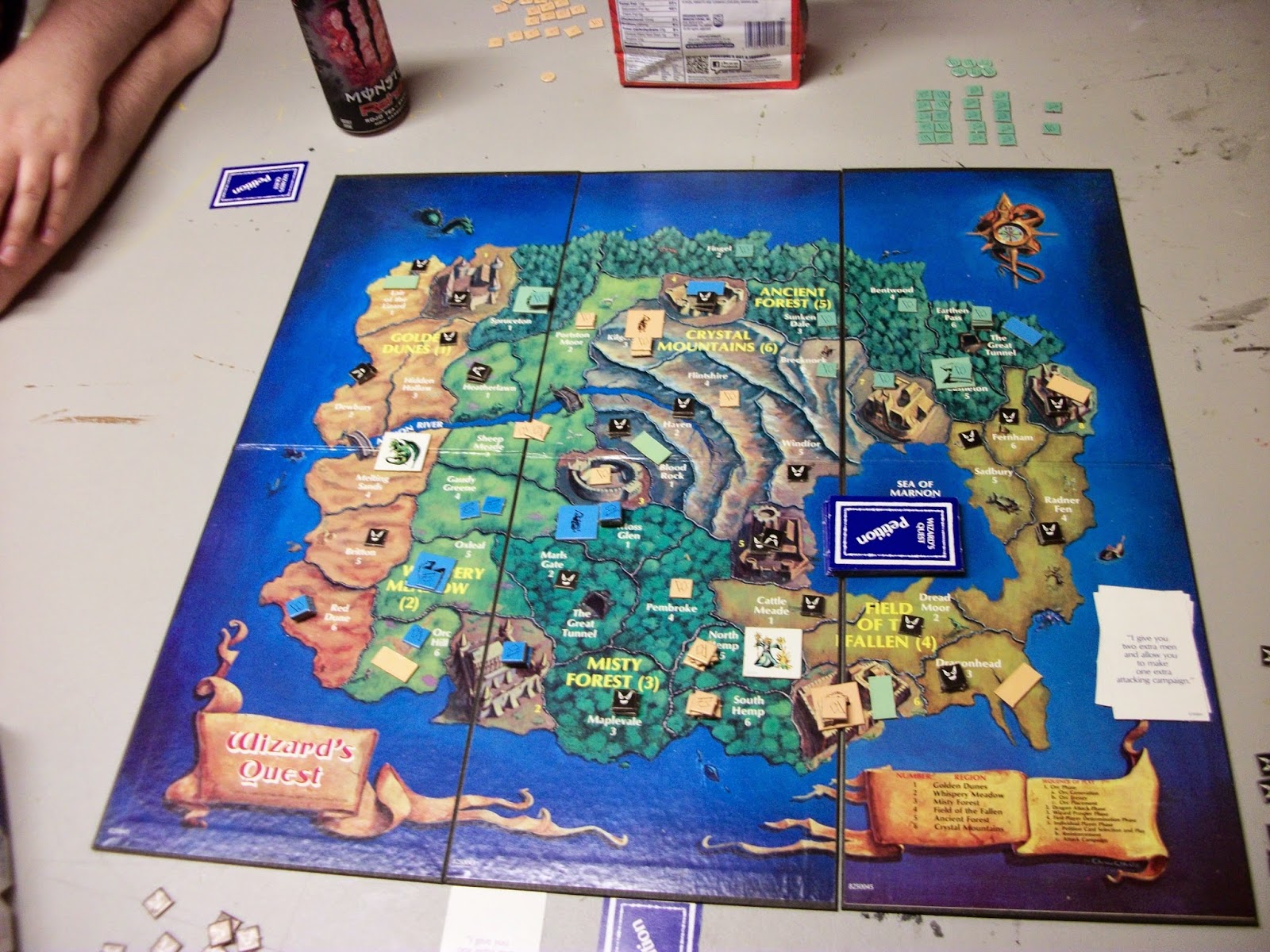 It's got a wonderful game board map.  While you are in competition with the other players, the game itself has numerous turn-by-turn events including Peacemaker, the wizard, rampaging orcs, and a dragon, constantly playing against the player strategies but sometimes helping if you set up to take advantage of events. 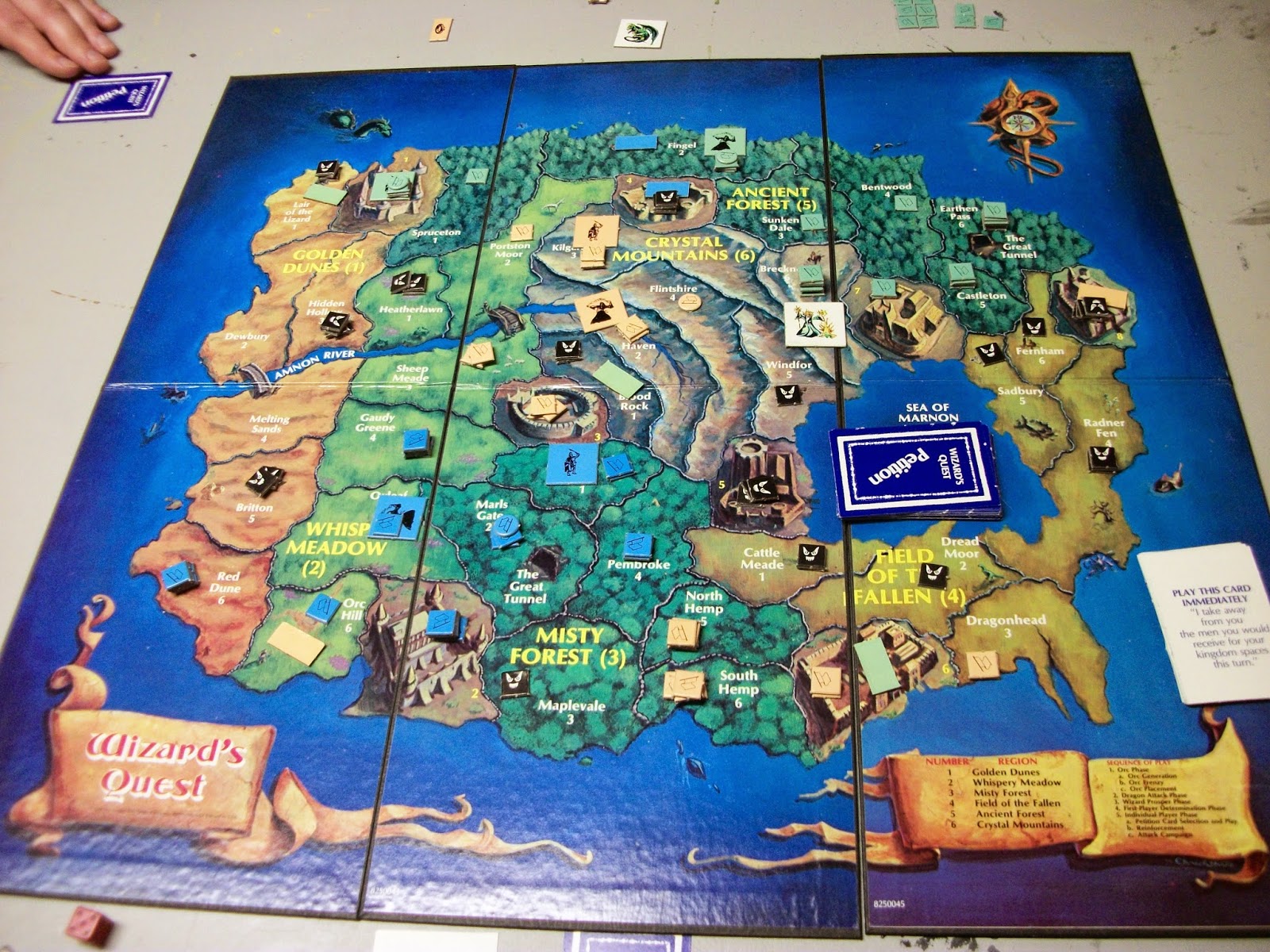 Each player is attempting to control territory while also seeking three personal treasure to become the sole ruler of the island. 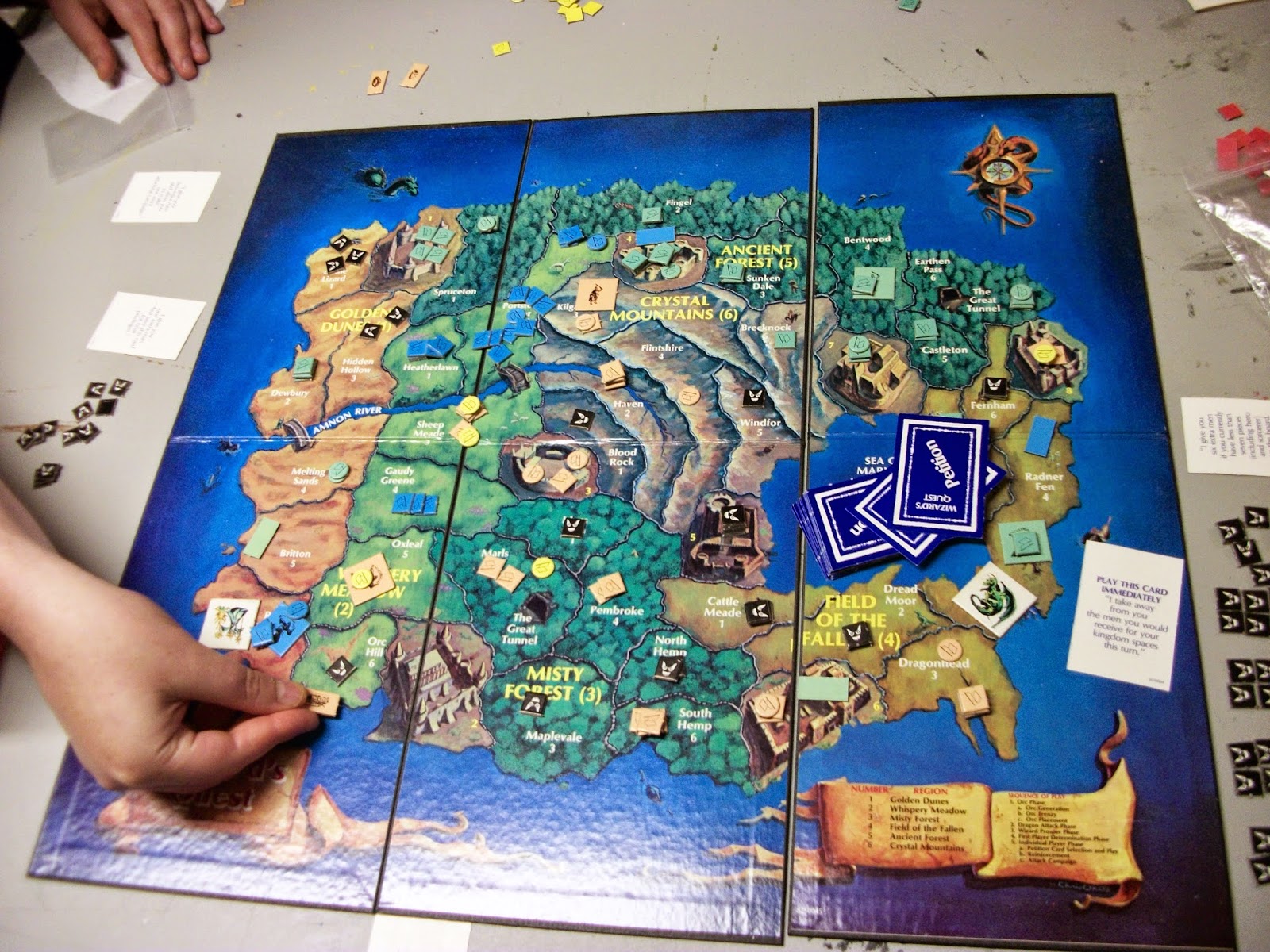 We'll need to break this one out again before too long.