Someone on Facebook was recently in search of some miniatures that represented dead figures.  A while ago, a local friend and I split a pack of Old Glory figures called "The Slain Casualty Pack" which were planned to use a markers for a wargame though we switched gears before implementing that solution.  In any event, quite useful as dungeon dressing or to denote wargame units that have been injured or depleted.  See more here! 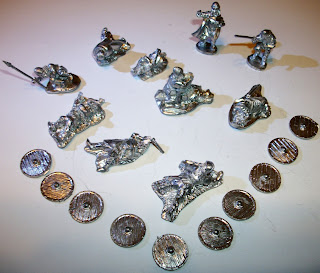